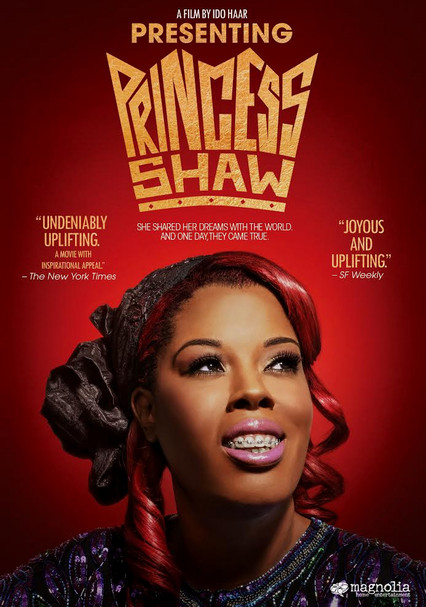 2016 NR 1h 23m DVD
With the Internet awash in millions of videos by musicians seeking notice, few such artists have much success. But singer-songwriter Samantha Montgomery becomes an exception after drawing the attention of Ophir Kutiel, a master mixer of viral videos.

Parents need to know that Presenting Princess Shaw -- a documentary that portrays the difficulty of overcoming childhood abuse and deprivation -- is both deeply sad and very uplifting. Samantha Montgomery, who channels her pain and disappointments into songs she writes and sings on YouTube, discusses being neglected as a child by her mother and sexually abused by her mother's boyfriend. Adults are shown smoking cigarettes and marijuana. Expect to hear "f--k," "s--t," "damn," "hell," and "ass," as well as the "N" word. Amid the film's edgier content is the message that you should follow your passions; it also raises important questions about the nature of creative ownership, especially when the internet is involved. The movie is also known by the title Thru You Princess.

Montgomery says she learned about sex early (in relation to being abused -- see "Violence" section), and she laments that no child should be forced to know about oral sex and penetration, as she was.

Even if following your passion doesn't pay off financially, it still offers worthwhile emotional dividends. Failing to protect children from sexual predators can lead to deep, lasting damage.

Adults smoke cigarettes, and it appears that some also smoke marijuana.