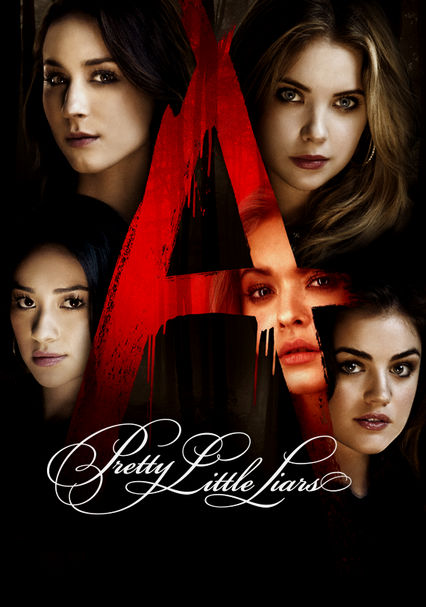 2010 NR 7 seasons
Rudderless without their überpopular leader, who vanished a year prior, four formerly tight high school friends drift apart. But they band together again when an anonymous blackmailer threatens to spill their dirt.

A year after their clique's queen bee, Alison, vanishes, a group of girls begins receiving texts from a stranger known as "A" who is threatening to reveal their darkest secrets, which they thought only Alison knew.

As the second season of this teen drama unfolds, friends Aria, Emily, Hanna and Spencer band together to explain exactly how Ian's body went missing and keep the increasingly suspicious locals at bay.

As Season 3 opens, Aria, Emily, Hanna and Spencer have learned the identity of "A" -- the person who's been threatening and manipulating them -- but the mysteries and lies surrounding the girls continue.

While they nervously await what new surprises "A" has in store for them, the girls try to extract information from Mona, who's also being targeted. Meanwhile, Hanna learns shocking news about her mother, and Melissa returns to Rosewood.

Mysterious events and disturbing revelations continue to haunt the girls of Rosewood -- particulary with the arrival of two policemen in the town. Their determination to learn the fate of Alison DiLaurentis once again sends the foursome into danger.

Mysterious events and disturbing revelations continue to haunt the four girls of Rosewood while they band together to solve a mystery in Season 6 of the popular mystery TV series. Starring Ashley Benson and Lucy Hale.

Mysterious events and disturbing revelations continue to haunt the four girls of Rosewood while they band together to solve a mystery in Season 7 of the popular mystery TV series. Starring Ashley Benson and Lucy Hale.

Parents need to know that the teens in this series based on the Harper Teen Novels of the same name engage in lots of naughty behavior like theft, defying parents' rules, breaking and entering, and general cattiness. The story centers on an intense, ongoing incident of bullying by an unidentified person who threatens to reveal damaging secrets about her victims' private lives. Teen sexuality -- including a main character's homosexuality and a teen's sexual relationship with her high-school teacher -- makes for some intense physical encounters that stop just before the act itself (although it's referenced later). Expect some sporadic violence, including murder (but no blood) and scenes of dead bodies; a fair amount of language ("bitch," "damn," "ass," etc.) from the teens; and some misguided choices that lead the characters into dangerous situations, all of which is made possible by an extreme lack of parental influence. That said, mature teens and adults will find this series to be an enticing blend of drama, mystery, and suspense.

Expect kissing and cuddling -- between both opposite- and same-sex couples -- and it's implied that a few have sex, though nothing is shown. Nudity is limited to the occasional guy walking around shirtless. A student and teacher carry on a romantic relationship, despite her parents' rules against it. Teen girls often wear skimpy clothing or revealing bikinis and talk about being "sexy."

The story centers on the murder of a teen, and a few other violent acts follow. A girl's lifeless body is shown lying on the ground, and a man's corpse shows signs of his being shot in the head. The teens' lives are threatened and some characters disappear, but there's more suspense than violence in these cases. The relationship between the teen and her teacher would be considered sexual assault in the real world, though that's not how it's positioned in the show.

This show plays up the drama of teens' lives, making everything look much more exciting, sexy, beautiful, and mysterious than it is in real life. Bullying is central to the plot, as teens are stalked by an unknown person who coerces their actions with threats of revealing their secrets. Teens are sometimes portrayed as catty and clique-ish. Characters' loyalties shift, making it difficult to assess the nature of their intentions, and emotional betrayal is common among the characters. Naughty behavior like theft, extramarital affairs, and manipulation is common, though much of it has consequences for those involved. A high school teacher engages in a physical relationship with his student, which is treated as a love affair rather than sexual assault, sending problematic messages about consent. That said, there are some moments that underscore the strong relationships between the girls and within their families.

The show is based on a book series of the same name by Sara Shepard.

Occasional teen drinking and drug use, including teen girls smoking pot. Often there's a repercussion to the behavior, though, as when a girl gets sick and vomits on a wedding dress.