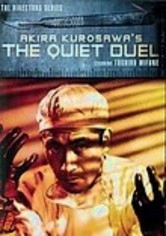 2004 NR 2h 23m DVD
Taking its name from the Japanese expression "way of the warrior," Bushido is a tournament event that pits the best against the best in championship mixed martial arts bouts. In this volume from Osaka, Japan, Brazil's legendary Gracie family squares off against Team Japan in five incredible hand-to-hand matches. Also included are fights featuring Charles Bennett, and Ikuhisa Minowa, among others.