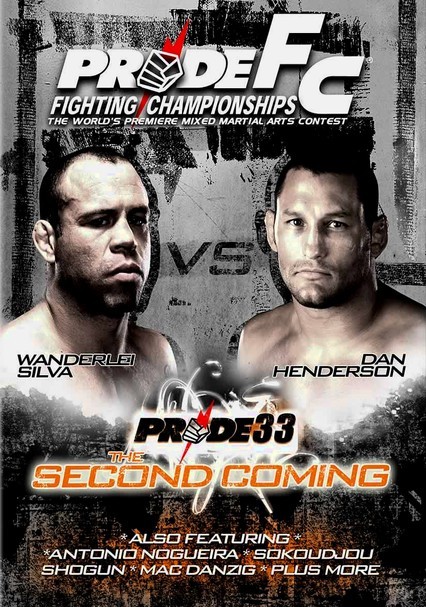 2007 NR 2h 40m DVD
A mixed martial arts (MMA) extravaganza put on by the Pride promotion, this video was filmed live at the Thomas & Mack Center in Las Vegas and features welterweight champion Dan Henderson vs. middleweight champion Wanderlei Silva in the main event. The program offers up a total of nine fights, including matches between Nick Diaz and Takanori Gomi, Shogun vs. Overeem, Frank Trigg vs. Masaki, Nogueira vs. Sokoudjou and more.