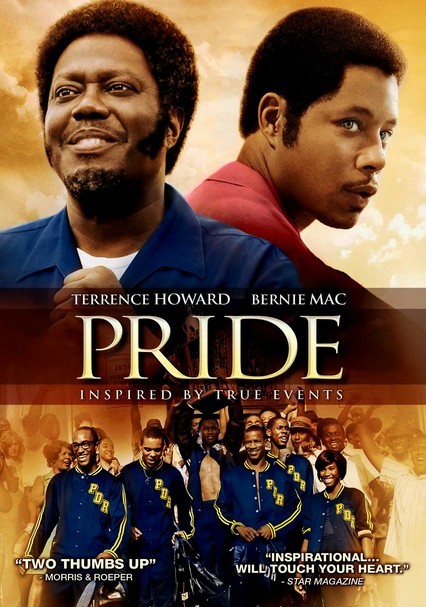 2007 PG 1h 49m DVD
In this sports-driven drama based on a true story, coach Jim Ellis changes lives and shocks his Philadelphia community when, aided by a janitor, he sets out to form the city's first black swim team. Along the way, he battles rigid rules and racism.

Parents need to know that this fact-based drama deals with racism head-on from its very first scene, in which Terrence Howard's character, Jim Ellis, is the only African American at a swim meet in 1960s North Carolina. A scuffle breaks out, and he ends up striking a white cop. He encounters bigotry again in the '70s when he ends up coaching an all-black swim team: The team's wealthier white competitors sabotage and ridicule the black swimmers at meets. But the drama also shows Jim's team making "honky" jokes and goofing off instead of taking competition seriously. Besides the opening brawl, there's another altercation in a pool, when Jim nearly drowns the local drug dealer.

Some flirting and hand-holding and one kiss. The neighborhood pimp offers Jim a date with one of his ladies, but he declines. The boys on the team flirt and holler at girls.

Inner-city African-American teens learn to appreciate swimming competitively thanks to their tireless coach. The entire neighborhood rallies behind the swimmers, and wealthy white swimmers and their coaches eventually grow to respect the team.

There's an obvious drug dealer and pimp who uses local teens to make his deliveries.