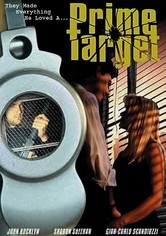 2005 NR 1h 32m DVD
After a shootout with mob gunmen puts upstanding special-forces cop Tony Rico (John Rocklyn) in a coma, he awakens five years later with a new face -- thanks to surgical reconstruction -- and little memory of what happened to him. Unfortunately for Tony, the Mafia hasn't forgotten that they want him dead. Sharon Sheehan, Gian-Carlo Scandiuzzi and Mitch Cox also star in director Phillip J. Roth's action-packed tale.