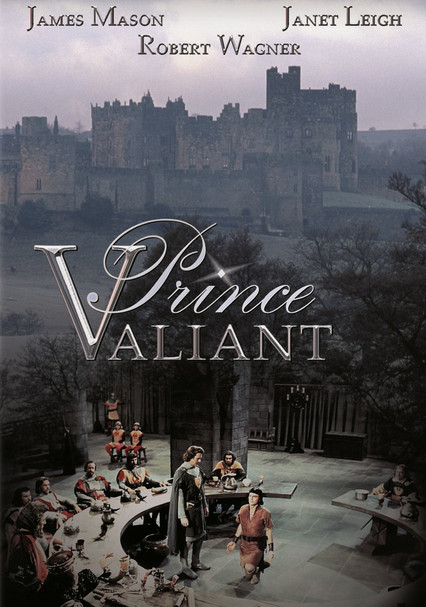 1954 NR 1h 40m DVD
The tale from the Sunday comics about a Viking prince under the reign of King Arthur is brought to life with Robert Wagner in the title role. A mentor to young Valiant is Sir Gawain (Sterling Hayden), who has trained the young warrior for the Round Table. Also coloring the screen are Princess Aleta (Janet Leigh), Valiant's love, and Sir Brack (James Mason), the ominous villain.