Princess and the Pony 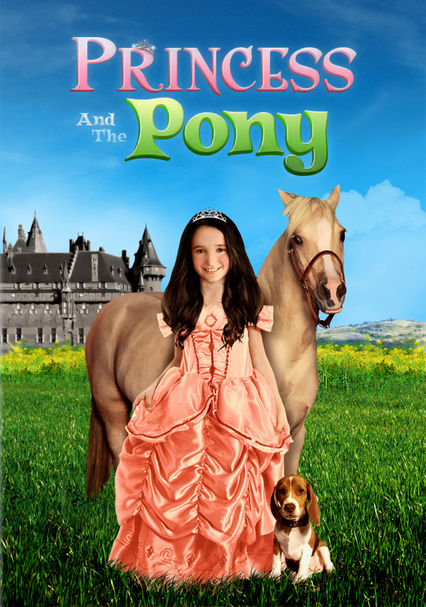 Princess and the Pony

2011 PG 1h 30m DVD
While trying to settle in to her new environment after being dispatched to live with relatives in America, a cosseted young princess (Fiona Perry) nurtures a pony held captive by a callous, underhanded carnival owner. Will she be able to set her four-footed friend free and thwart a kidnapping scheme? Ron Hajak and Bobbi Jo Lathan also star in this inspiring family tale from director Rachel Lee Goldenberg.

Parents need to know that this direct-to-DVD movie contains a shocking amount of violence for a movie billed as "family entertainment." The villains don't just want to kidnap the titular princess, they want to kill her, and at one point there's a loaded gun pointed and about to be discharged at two girls. No one is seriously injured, but the threat of murder is nothing to treat lightly and may upset younger viewers. Otherwise there's just a few insults and some mild flirting between two adults that leads to one chaste kiss.

There is a lot of violence in the movie. Although at times it's comical, the entire plot is based on a group that wants to kidnap the princess. There's gun violence, and in one tense sequence, the villain points a gun and is about to shoot the girl he thinks is the princess, until he realizes who the princess is and then points the gun at her (and is about to shoot). The girls are also pushed and made to cry. In other scenes, the princess' guards chase two potential kidnappers away. A pony stops a villain and causes him enough injury for the cops to capture him.

Mild insults like "you insipid fool!" and "told you she couldn't skate!" and "cowardly dolt!"

The only positive message in the movie is that you should believe in yourself and encourage your friends.