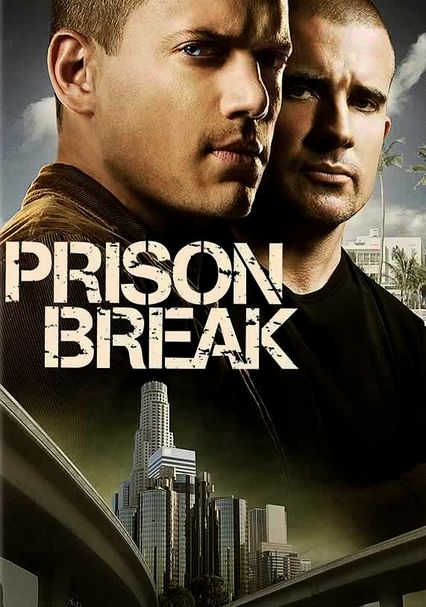 2005 TV-14 3 seasons
When his brother, Lincoln, is wrongly convicted of murdering a powerful politician's brother, structural engineer Michael Scofield resolves to bust his innocent sibling out of the notorious Fox River State Penitentiary.

This season kicks off with a nationwide manhunt in progress as Michael, Lincoln and the rest of the fugitives run for their lives, hitting the back roads and small towns of America in an effort to elude authorities.

After a season on the run, Michael finds himself back behind bars, in a nightmarish Panamanian penitentiary that authorities have deserted in the wake of a prison riot. With brutal inmates running the show, just staying alive will be a challenge.

On the loose again, brothers Michael and Lincoln find themselves and a group of other former inmates strong-armed into becoming part of a team tasked with bringing down the clandestine government organization known as The Company.

Parents need to know that this show features some graphic violence, both inside and outside of the prison walls. Some episodes are much more violent than others are. It's occasionally bloody, and inmates occasionally terrorize women. Some lewd sexual comments are made. Criminals (both rightly and wrongly convicted) are portrayed in a sympathetic light.

Main character works outside the system to free his brother from jail.