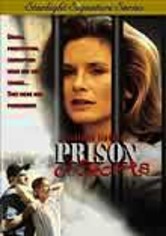 1997 NR 1h 33m DVD
After unintentionally breaking the law, a young mother is sentenced to 10 years in prison and spends much of that time supplying the prison guards with sexual favors in order to obtain forbidden items. When she finds out that other female inmates have been engaging in prostitution at the hands of their warden pimps, she chooses to stand up for the women and organize a revolt. But it won't be as easy as she thinks. Finola Hughes stars.