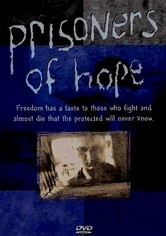 2001 NR 1h 0m DVD
This sobering documentary tells the stories of 10 American soldiers who were captured during the Vietnam War and imprisoned for years in a horrific internment camp -- yet they never gave up hope. Describing the starvation and torture inflicted on them, the survivors also recall how they managed to communicate with other and help each other remain optimistic, praying that some day they'd be rescued.