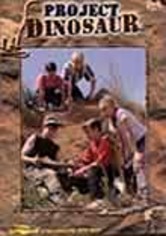 2000 NR 1h 4m DVD
This film targeting youngsters takes on the controversial topic of evolution. The film unfolds through the eyes of Mikey, a student who begins his exploration while devising the ultimate science fair entry. The finding of a dinosaur fossil encourages him to think about how Earth came to be, and he decides to make this question his project. His mission: to figure out what he truly believes in -- the creation story or evolution.