Prokofiev: The Love of Three Oranges 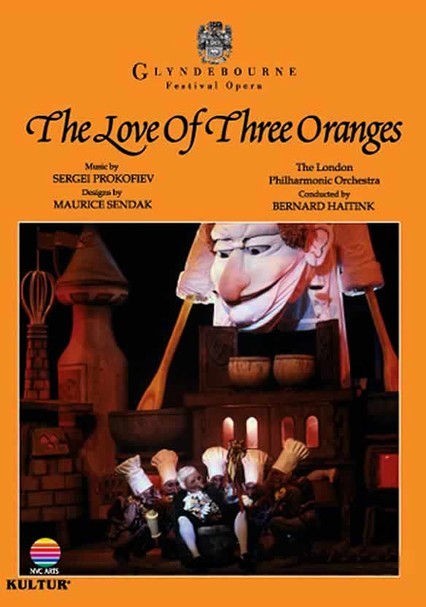 Prokofiev: The Love of Three Oranges

1982 NR 1h 55m DVD
After a court jester fails to elicit a giggle from a sad-sack prince (Ryland Davies), the glum royal finally snaps out of his unsmiling state when he laughs at a mishap that befalls a witch, who fails to see the humor in the situation. She then curses the prince to fall in love with three oranges in Prokofiev's magical carnival of an opera, which features whimsical sets by acclaimed children's book author Maurice Sendak.