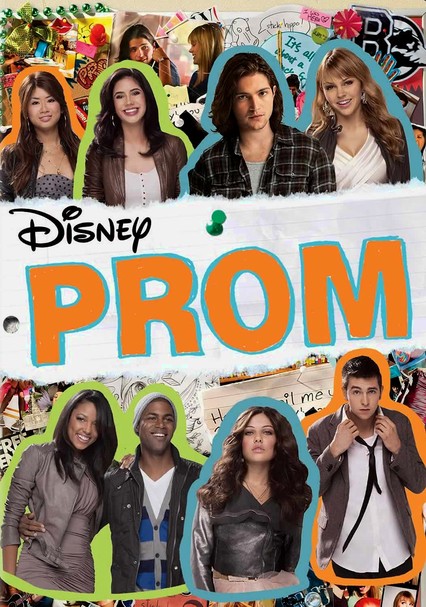 2011 PG 1h 44m Blu-ray / DVD
Reinventing a rite of passage event for a new generation of prom-goers, this Disney movie mixes the stories of several high schoolers who are alternately planning on going -- or not going -- to the biggest dance of the year.

Parents need to know that this Disney-fied take on a quintessential teen rite of passage is tween friendly. Unlike most movies featuring high schoolers, the characters in Prom don't swear, discuss sex, or indulge in overt public displays of affection. Characters do date and flirt, but only kissing is shown. There's some tension between a rogueish character and a group of guys who disrespect his mother, but the ensuing fight is brief and only shows one punch and some shoving. There's no drinking, and the language is limited to "stupid," "loser," and the like. The cast is diverse, and all of the teens make parent-approved decisions like leaving a two-timing boyfriend and not giving up a spot at a top university for a guy.

A few kisses and some flirting. A guy admits to having cheated on his girlfriend; another guy tells a girl that when he's about to kiss her, she'll know it.

A guy gets up with the intent to fight some guys who are disrespecting his mother, but a girl stops him from doing anything. In another scene, a character gets into a brief fight; only one punch and some shoving are shown, but afterward the guy has a bloody chin. Two teens sneak into another high school's cafeteria and are chased out by the janitor and eventually stopped by the police.

The movie has positive messages about diversity and looking past someone's reputation. Lucas learns that he shouldn't wait to tell Simone how he feels, even though there's a risk she won't reciprocate his feelings. Lloyd and Jordan prove that even without a date, you can have a good time at prom.

A couple of car companies, computers, and Internet services like Skype are mentioned or shown.