Prometheus Triumphant: A Fugue in the Key of Flesh 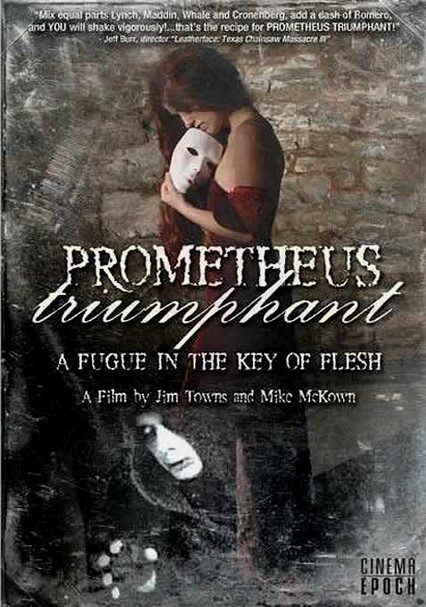 Prometheus Triumphant: A Fugue in the Key of Flesh

2009 NR 1h 19m DVD
Banished from his plague-ridden village for his controversial experiments in reanimating dead tissue, iconoclastic Dr. Janick (Josh Ebel) retreats to the woods, where he tries to resurrect his beloved Esmeralda (Kelly Lynn), who has succumbed to the disease. Shot in aging industrial locations in Western Pennsylvania, the moody, Gothic silent film features a rich symphonic score.