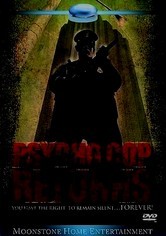 1993 R 1h 25m DVD
In this sequel that's equally as bawdy as the first film, a group of rambunctious and sometimes obnoxious employees decide to relieve their built-up stress by throwing one huge party at the office. At first, it all seems like the typical underground bash replete with hook-ups and match-ups, but when it starts to get out of hand, a mysterious stranger known only as psycho cop (Bobby Ray Shafer) shows up to instill order. Adam Rifkin directs.