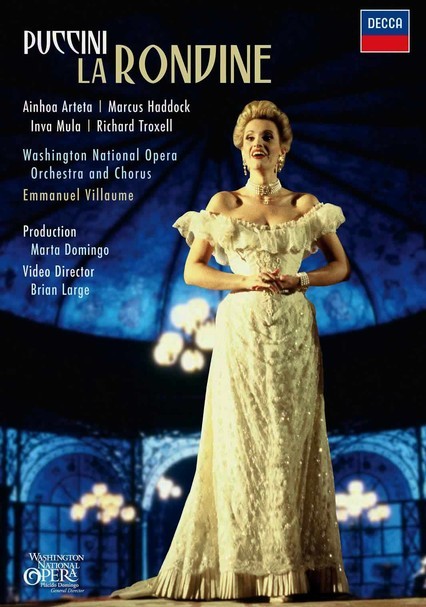 1998 NR 1h 50m DVD
Spanish soprano Ainhoa Arteta heads the cast as Magda in this rare performance of Puccini's "La Rondine," which stirred controversy for its choice of a decidedly tragic ending, one of three the composer originally wrote for the opera. American tenor Marcus Haddock sings the role of Magda's lovelorn suitor, Ruggero, with Albanian soprano Inva Mula performing the part of her maid, Lisette. Marta Domingo directs.