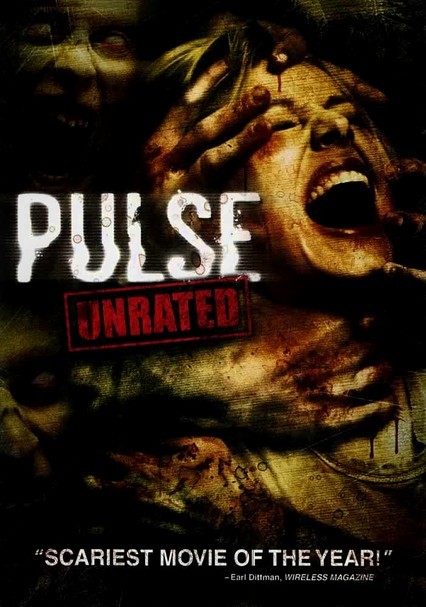 Parents need to know that the movie is relentlessly dark, with a buzzing, spooky soundtrack: The grim music and noise hardly let up. It includes several deaths by grisly means: a college student hangs himself, while others are consumed by the machine-derived "ghost." All these deaths include screaming and shuddering, and are generally spooky and abstract. A couple of minor characters wield (but don't shoot) guns, demonstrating their desperation. Characters smoke cigarettes and drink; one of the girls sleeps with a guy she's just met at a bar. Some profanity, including one f-word, uttered in despair.

"Ghosts" emerge from machines and appear to ravage/suck life out of human victims repeatedly; nearly dead cat in closet; a young man hangs himself (close-ups of face and shoes only); car crash; fiery airplane crash; a fall off a rooftop; lost inside "the system," Mattie feels like hundreds of hands are grabbing at her; a couple of guns pointed (one by ghost at self, one by man on street at Dexter); ghost attacks Mattie and Dexter in truck, leaving their faces bloodied.