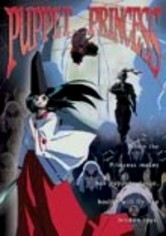 2000 NR 0h 40m DVD
During a time of great civil upheaval in 16th-century Japan, the exiled Puppet Princess joins forces with a wandering ninja named Yasaburo. Together, they plot and prepare to take revenge against those who destroyed their families. The journey brings them face to face with many dangers, but it's their will to survive and their belief in each other's skills that has prepared them for what lies ahead -- including the ultimate battle.