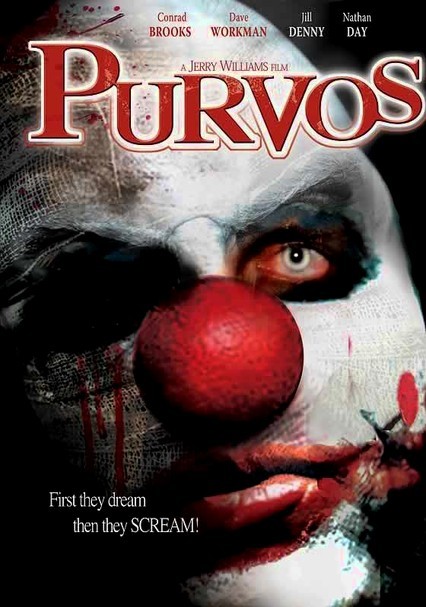 2006 NR 1h 15m DVD
As a child, Max suffered years of abuse. Now a disturbed adult, he assumes the alter ego of Purvos, a clown from his father's circus act. Although she's long dead, Max's mother calls to him from the grave, urging him to kill. Haunted by insanity-inducing visions from his past, Max slaughters prostitutes, then pursues his ultimate victim: his niece, the last living member of his twisted family. Conrad Brooks and Dave Workman star.