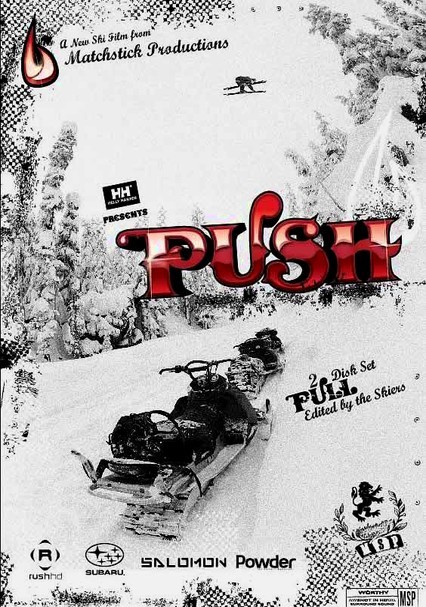 2006 NR 1h 7m DVD
The action goes subzero in this skiing documentary that shows off the best in freestyle and big-mountain skiing. Traveling around the world to such locales as Norway, Japan, British Columbia and Aspen, Colo., Push captures world-class athletes -- including Simon Dumont, Shane McConkey, Mark Abma and Rory Bushfield, tearing up the slopes and pushing the envelope of the sport.