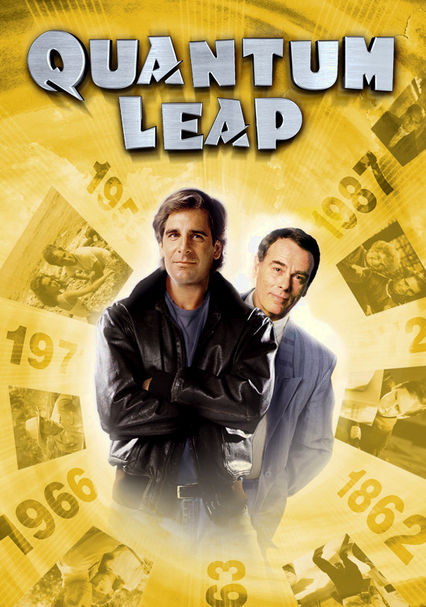 1989 TV-PG 3 seasons
In this time-bending sci-fi series, physicist Sam Beckett "leaps" into the bodies of people who need his help. Assistance comes in the form of Al, a friend from the future who appears as a hologram and guides him through each strange new scenario.

Physicist Sam Beckett travels from one era to the next to correct past mistakes by taking over different identities. This season, he visits 1960 to help two newlyweds, 1979 to inspire an actor, 1957 to defend a wrongly accused black woman and more.

Time-traveling scientist Sam and his sidekick Al continue altering the course of history in Season 3. This year, Sam winds up in his own brother's Navy SEAL squad; inhabits the body of a horror novelist; polices a beauty pageant; and more.

In this Emmy-winning time-travel series, Dr. Sam Beckett (Scott Bakula) and his holographic touchstone, Al (Dean Stockwell), ping-pong through the past as they search to find a way to bring the scientist home. In the show's fourth season, Sam dons the robe of a Ku Klux Klansman to save the life of a civil rights leader; rescues a small town from drought as a rain-making huckster; and makes music as a member of an all-black girl group.

Parents need to know that this sci-fi series revolves around time travel and the idea that a visitor from the future can return to alter history. Each episode is set in a different time and place and features a new ensemble cast (aside from the two stars), which might make it difficult for younger kids to follow. The ever-changing storylines often tackle mature topics, including extramarital relationships, unplanned pregnancy, and murder, just to name a few. Despite a bit of iffy content, this show is a thoughtful, engrossing adventure that older tweens and young tweens will love.

Kissing and mild groping scenes, as well as some suggestive language and insinuating looks. Al is an oversexed single guy who comments on women's figures and talks about his need to "get some."

Depending on the episode's plot, the show may include gunfire or fistfights.

Sam's goal in each episode is to right a wrong done in the past, and he strives for honesty and treats everyone he meets with respect. His upstanding nature helps counteract Al, who can come across as a tad sleazy and sex-obsessed.

Most episodes show characters smoking, as Sam's travels take him through the 1950s, '60s and '70s, when it was more prevalent in public places. Scenes set in social situations also include alcohol, but only adults partake.