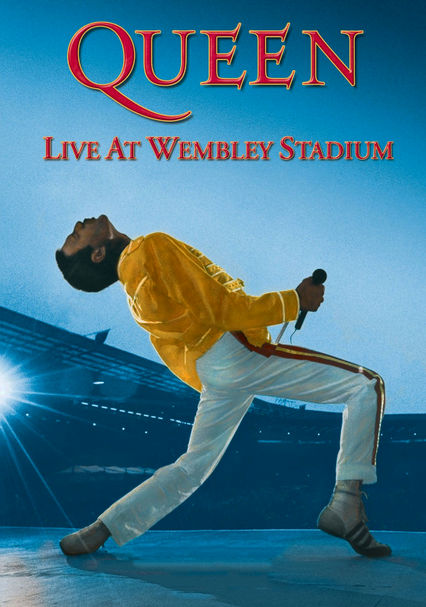 1990 NR 1h 51m DVD
Pioneering glam-rock band Queen, led by singer Freddie Mercury, rocked an audience of 150,000 at London's Wembley Stadium in July 1986. This spectacular live performance highlights the fact that Queen was most at home in a stadium environment. The band performs 21 songs, including "Brighton Rock," "One Vision," "Another One Bites the Dust," "Bohemian Rhapsody" and more.