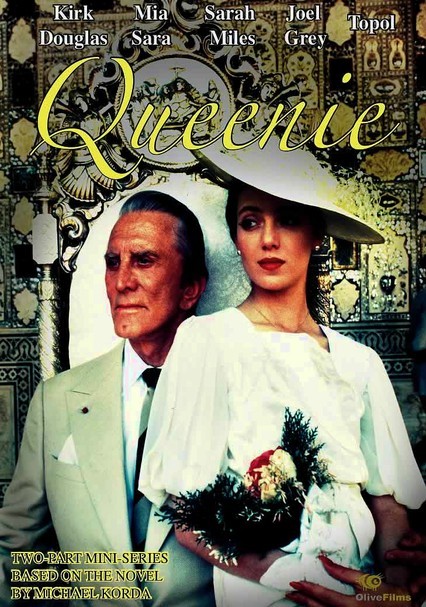 1987 NR 2 discs
Based on the life of actress Merle Oberon as fictionalized by her nephew, Michael Korda, this lush film tells the sweeping story of vivacious Queenie (Mia Sara), a half-Indian, half-British beauty who leaves Calcutta to seek fame and fortune in 1930s England. While working as a stripper, Queenie attracts the attention of influential film producer David Konig (Kirk Douglas) and becomes a movie star, as well as Mrs. Konig, but heartbreak follows.