Quest for Columbus: In Search of the Santa Maria 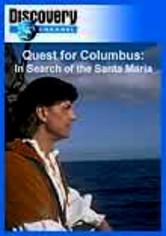 Quest for Columbus: In Search of the Santa Maria

2004 NR 0h 50m DVD
'Twas the night before Christmas in 1492, and a ship called the Santa Maria hit the northern shores of Haiti, bringing travelers who, at first, appreciated the island's beauty and its residents, but later pillaged it out of greed. Follow adventurer Barry Clifford's search for answers to what took place after Columbus' ship docked, and examine archaeologist Kathy Deagan's study of a port rumored to be built from the vessel's wreckage.