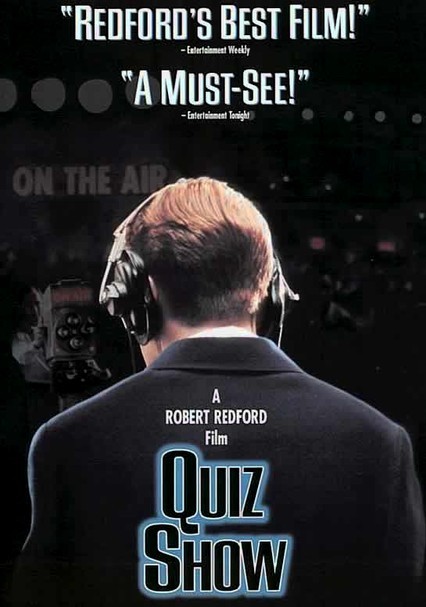 1994 PG-13 2h 13m DVD
Robert Redford directs this infamous true story of Charles Van Doren (Ralph Fiennes), who rocketed to national fame as a repeat winner on the TV quiz show "Twenty-One." In the late 1950s, prime-time game shows were a cultural phenomenon. But the American public didn't realize it was being hoodwinked ... until persevering congressional investigator Dick Goodwin (Rob Morrow) unmasked the corruption behind the show's glittering façade.

Parents need to know that this movie, based on a true story, is mostly PG-13 for some swearing. It also includes scenes of social drinking and smoking.

One use of "f--k" and a few lesser swear words. Some anti-Semitic language.

Thoughtful discussions of prejudice based on class and religious background. Flawed characters work their way to telling the truth about their actions. The TV networks don't feel the same obligation.

The game show was sponsored by Geritol and contestants put in their plugs for it.