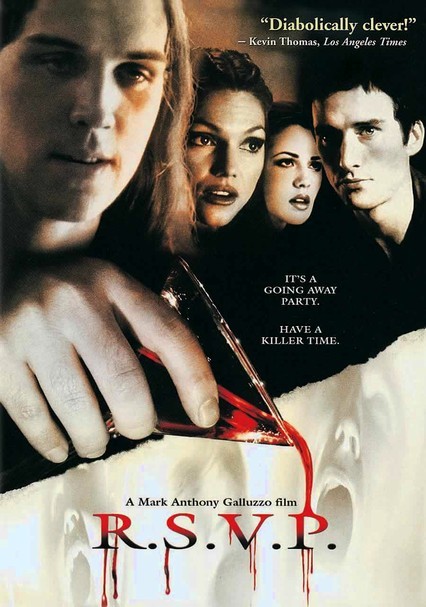 2002 R 1h 40m DVD
Nick (Rick Otto), a psychotic college student studying serial killers, is throwing a party that he plans on turning into the ultimate mass murder. When the guests begin to disappear one by one, it seems as though Nick's getting his wish. But who's killing them? It's black comedy all the way in writer-director Mark Anthony Galluzzo's satirical horror film, which features an appearance by actor Jason Mewes (Jay and Silent Bob Strike Back).