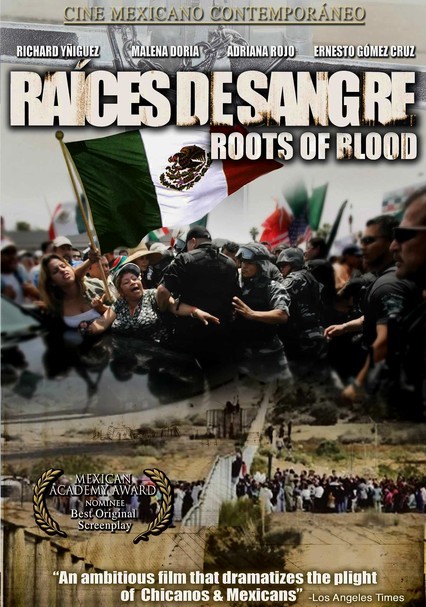 1979 NR 1h 34m DVD
Hailed as the first film to portray the Chicano experience -- and the first Chicano film to be financed by the Mexican government -- Raíces de Sangre tells the story of immigrant workers exploited on both sides of the border. Facing unsafe conditions, a group of young Chicano workers tries to organize for better conditions but are thwarted by their own co-workers who've accepted bribes from the Americans in turn for stymieing the effort.