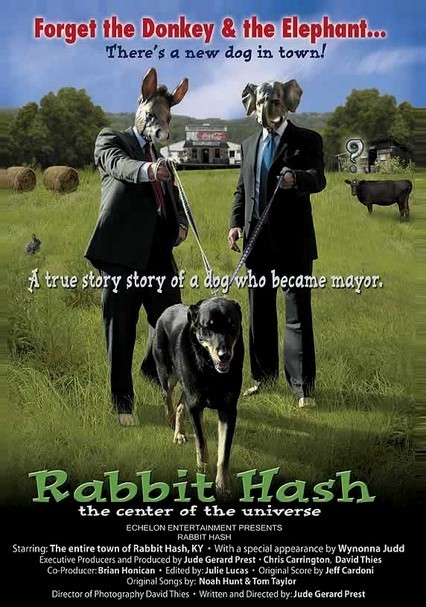 2004 NR 1h 0m DVD
Only in America! What kind of people would elect a dog as their mayor? That's the central question that drives this offbeat documentary. Writer-director Jude Gerard Prest brings us a movie that reaffirms all that's good about America without coating the good news in patriotic treacle. The film is based on the real-life election of a local 15-year-old mixed-breed pooch named Goofy to the office of mayor in the town of Rabbit Hash, Ky.