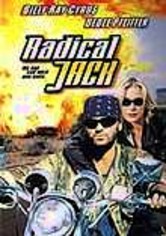 2000 R 1h 35m DVD
Five years ago, CIA agent Jack Reynolds (Billy Ray Cyrus) tried to bust an illegal arms smuggling ring -- and his family was subsequently slaughtered. Now, Jack has learned the whereabouts of those who killed his loved ones, and he wants payback. But he'll have to go deep undercover and take down an entire town if he's to execute his deadly revenge. Writer-director James Allen Bradley delivers a powerful, action-packed thriller.