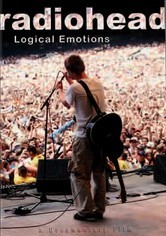 2008 NR 1h 0m DVD
An inside look at how groundbreaking rock group Radiohead began their career and rose to international acclaim, this unauthorized documentary weaves together interviews and archival footage that reveal intriguing insights about the reclusive artists. Since the release of their smash hit "Creep," Thom Yorke and company have successfully pushed the envelope of modern music and firmly established themselves as one of the world's greatest bands.