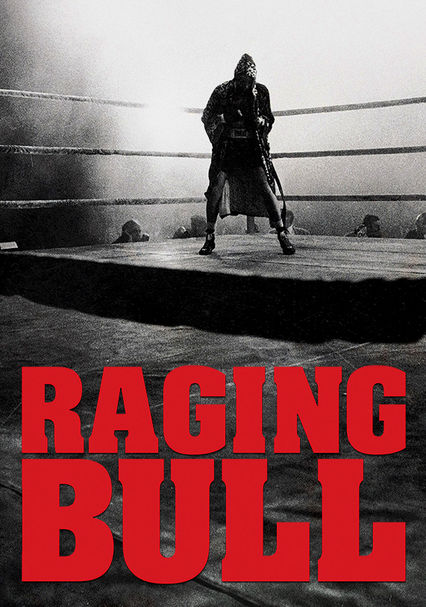 Parents need to know that this 1980 biopic about boxing champion Jake LaMotta is one of the most highly acclaimed American movies ever made. It's supremely brutal, with punishing boxing sequences as well as shocking violence set outside the ring (Jake beats up his wives and his brother). Language is very strong, including "f--k," "s--t," "c--t," and "c--k," and there is at least one scene with strong sexual suggestion. Some characters drink and smoke, but in a background way, and there's an ad for Pabst Blue Ribbon beer on television. Teens interested in cinema history will eventually discover this one, but don't let the old-fashioned black-and-white cinematography fool you: this one is for older teens and grownups only.

Jake's wife Vicki is around 14 when they meet, and definitely a teen when she marries him. Jake flirts with her somewhat inappropriately, and they kiss. In one scene (while married), they make out and remove pants and underwear. No nudity is shown. Jake pours ice water down his pants to stop the sexual encounter. Viewers see a wet spot on the front of Vicki's nightgown. Later in the story, Jake kisses two girls in his nightclub, while still married. Otherwise, there is various sexual innuendo.

This movie contains some of the most punishing, bloody boxing ring footage ever filmed, complete with spraying bodily fluids. Jake also threatens, slaps, and punches his first and second wives and beats up his brother. In another scene, Jake punishes himself by punching and banging his head against a brick wall. We also see a ringside riot after a fight, in which people are trampled.

The main character more or less gets his comeuppance for his bad behavior, though he may or may not realize it himself. Minor characters come out sadder, but wiser. No characters really change in a positive way.

During a fight on television, we see a promo spot for Pabst Blue Ribbon beer, twice. In the final scene, we see a Kleenex box.

Adults drink socially in several scenes, though no one appears to be drunk. Jake drinks a beer at home in one scene. Jake smokes a cigar in the later years, and a minor character smokes a cigarette.