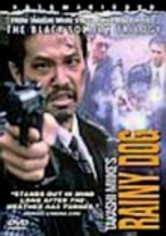 1997 NR 1h 35m DVD
Yuuji (Sho Aikawa), a yakuza who makes his living carrying out assassinations for a local crime boss in Taiwan, is barely scraping by when a woman from his past shows up with some unexpected baggage: his son. But does Yuuji have it in him to be a father? This hard-boiled gangster drama, co-starring Lianmei Chen, marks the second installment of director Takashi Miike's Black Society Trilogy.