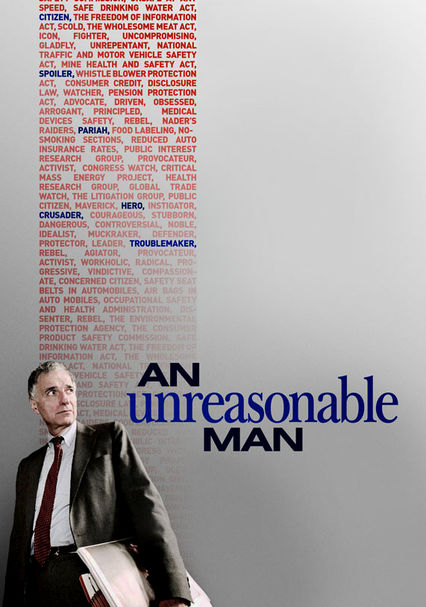 2007 NR 2h 1m DVD
Thought-provoking and revealing, this biographical documentary profiles the personal and professional life of Ralph Nader, one of America's most controversial consumer advocates and political activists. Interviews and archival footage help illuminate the career of an influential public figure whose willingness to take on big industry earned him a reputation as both a working-class hero and a public pariah.

Parents need to know that this documentary comes from a clearly leftist perspective in its discussion of citizenship, activism, and electoral politics. This is not an unbiased portrait of Nader or politics and people who disagree with Nader's politics may become angry watching this film. There are fleeting images of injured people being carted off in an ambulance after a car accident. There's also a lot of discussion of corporate corruption and of our government and our economy being corrupt, which may be too complex a topic for some teens. Other teens may take it as gospel, and have a hard time thinking critically about the documentary. So families interested in the subject matter will want to watch and discuss this movie together.

Mention of putting a hand on a woman's "fanny," but no real discussion of sex or sexual situations.

Brief images of people bleeding and injured from car accidents.

The message here is the virtue of being a "professional citizen." There's lots of discussion of the obligations of being an American citizen, but people also question Nader's sincerity, loyalty, and ego.

Some discussion of drinking, but no one does it on-screen.