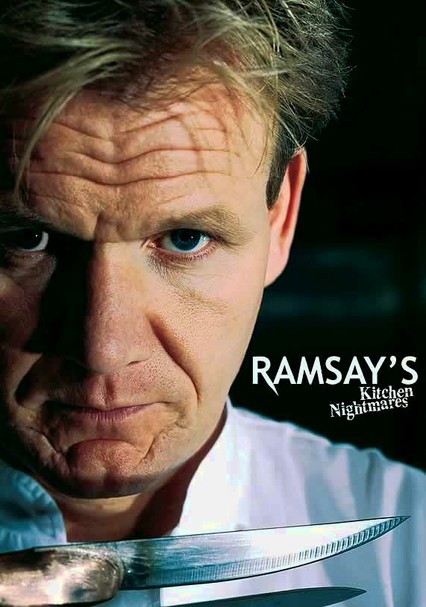 2004 TV-MA 2 seasons
In just one week, fiery chef Gordon Ramsay transforms failing restaurants into thriving eateries -- although the owners, cooks and employees usually receive a major tongue-lashing along with a heaping dose of kitchen expertise.

Top chef Gordon Ramsay unleashes his foul-mouthed fury on the owners, servers and kitchen staff of struggling restaurants all over the United Kingdom. At each location, Ramsay has only one week to turn around the restaurant.

Fiery chef Gordon Ramsay continues his quest to turn ailing restaurants into successful ventures -- and, with one week to rescue each eatery from total collapse, the hot-tempered Ramsay doesn't spare any words -- or feelings. In this season of the internationally popular Emmy-winning series, he confronts the owner of a former hot spot long past its heyday, a dysfunctional family running their restaurant into the ground, a fake Italian chef and more.

Parents need to know that this restaurant-set British reality series comes with a strong-language advisory for good reason, since star Gordon Ramsay makes no effort to temper his infamously foul mouth in other people's kitchens. "Damn," "ass," and "s--t" are used frequently (and are all unbleeped), but nothing is as popular as Ramsay's many variations on "f--k" (that one is bleeped, sometimes so frequently that it's hard to understand the surrounding dialogue). He's also rudely critical of restaurant employees' and owners' shortcomings and doesn't shy away from personal attacks.

No violence, but a few vomiting scenes as Ramsay shares his dislike of certain dishes. He can also get very hostile and angry.

Anything and everything is part of standard conversation. "Damn," "s--t," "ass," and "hell" are audible, but Ramsay's personal favorite, "f--k," is bleeped.

Although it's his job to offer criticism, Ramsay is often brutal in his comments about people's failures and tends to resort to offensive language to make his points.

Ramsay is his own brand at this point.