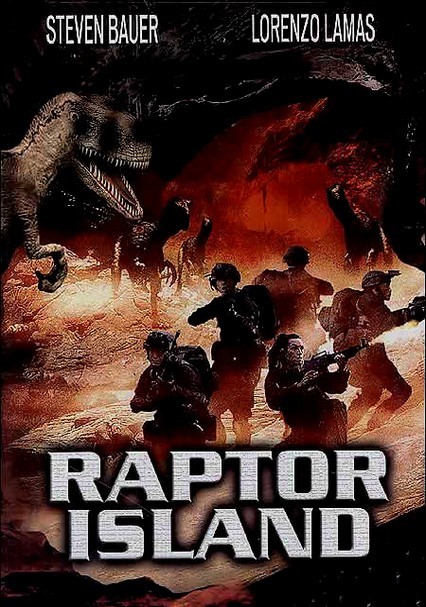 2004 NR 1h 28m DVD
A team of Navy commandos led by Hacket (Lorenzo Lamas) pursues a band of international terrorists to a remote Asian island, where they soon learn that fighting terror will take secondary importance to fighting hordes of vicious dinosaurs that populate the island. And with terrorist mastermind Azir (Steven Bauer) on the loose and a volcano threatening eruption, the Naval officers must band together to get off the island alive.