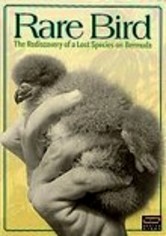 2006 NR 0h 56m DVD
In 1951, 15-year-old David Wingate discovered and rescued the Cahow, a bird thought to have vanished 300 years prior. More than half a century later, Wingate is still at it -- this time, trying to save the bird from the ravages of global warming. Filmed in the Cahow's island home of Bermuda, this beautifully shot documentary illuminates the struggle the world's creatures face in the wake of environmental disasters and vanishing habitats.