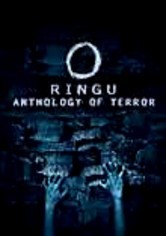 1998 NR 1h 37m DVD
Dr. Mitsuo Ando (Koichi Sato) is crushed to learn that his old friend (Hiroyuki Sanada) has died, the apparent victim of a videotape. But in his search to discover how that might have been scientifically possible, the doctor also learns that the dead woman in the film has every intention of coming back for good. Originally released as a follow-up to Ringu, this sequel wasn't a hit with fans, who seemed to prefer the "second" sequel, Ringu 2.