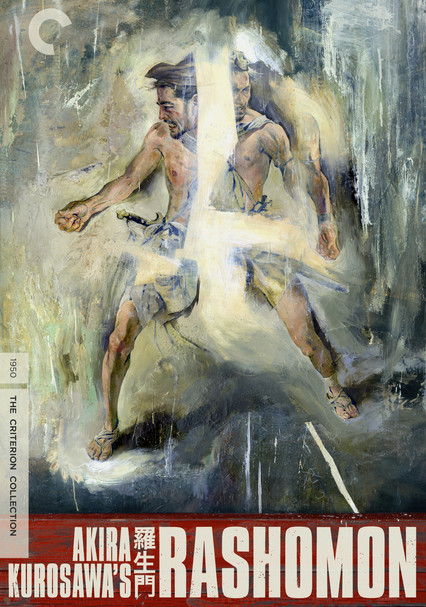 1950 NR 1h 28m Blu-ray / DVD
Considered one of Japanese director Akira Kurosawa's masterpieces, this Oscar-winning crime drama unfolds as four witnesses to a rape and murder report their versions of the attack, leaving the viewer to decide what really happened.

Parents need to know that Rashomon is a 1950 film directed by Akira Kurosawa that is regarded by many as being one of his greatest films. This movie is a psychologically and morally complex tale of a trial to determine who is at fault for the murder of a man and the rape of a woman. The rape is not depicted onscreen, but is discussed openly. The murder is rendered somewhat realistic, though without gratuitous bleeding or goriness. There is also a suicide by stabbing, as well as talk of attempted suicide. The intensity of the emotions depicted as each person gives their side of the events, along with the complexity of the themes of the movie, make this best for mature teens and older.

Sword fighting and a killing. The film revolves around a bandit on trial for raping a young woman. A man commits suicide. Talk of attempted suicide.

All characters are shown to have some level of sinister motivations.

Mention is made of trading in a sword in exchange for liquor.