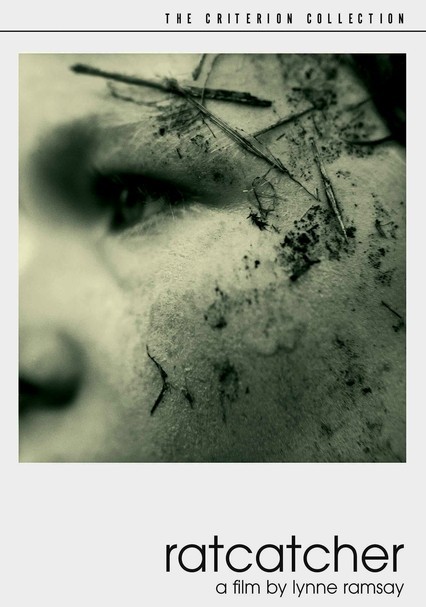 1999 NR 1h 34m DVD
Set during the garbage strike in Glasgow in the mid-1970s, Ratcatcher explores the experiences of a poor adolescent boy as he struggles to reconcile his dreams and his guilt with the abject poverty that surrounds him. Director Lynne Ramsey creates a haunting evocation of a troubled childhood, portraying the damaging effects that poverty and desperation can have on a child's development.

Parents need to know that Ratcatcher, a bleak yet somehow beautiful coming-of-age story about a boy growing up amidst the squalor and nastiness of a Glasgow housing project is not for kids. Early in the film, a boy watches another boy he's playing with drown in a canal, and struggles with the guilt while yearning for an escape from his surroundings. There is frequent profanity (including "f--k" and "s--t"), scenes where boys take turns having sex with a girl, fighting with some blood, and an instance of animal cruelty.

A boy and girl of about 12 take a bath together. With the girl, there is full frontal nudity and exposed buttocks, and with the boy, there are exposed buttocks. Three boys encourage another to try and have sex with a girl on a couch. Her shirt is open and her bra is visible. The boy lies on top of her, clothed, while the boys make strong sexual insinuations. Nonsexual nudity: A young girl of about 8 is shown taking a bath in a washtub, naked from the waist up.

A boy is shown drowning in a canal after engaging in play-fighting with another boy. Another boy is struck in the side of the head by his mother. Two men find a dead dog. Four teenage boys go around bullying kids, and force a girl to have sex with them in a shed. While not shown, sex is implied through the boys' jeering and the sounds coming from the shed. A white rat is tied to a balloon by the tail and sent flying. A man comes home drunk and bloodied after a fight. This same man later slaps his wife in the face.

Characters struggle and suffer through a garbage worker strike and the squalid living conditions of a Glasgow, Scotland housing project in 1973. While characters do find the occasional small bit of happiness and hope amidst the despair, a powerful sense of characters trapped by their circumstances pervades the film.

The father in the film is often shown drunk. Characters smoke cigarettes, including a young boy of about 12. A boy is sent to get his father a beer. He sneaks a sip of the beer, takes a second sip, then spits it out.