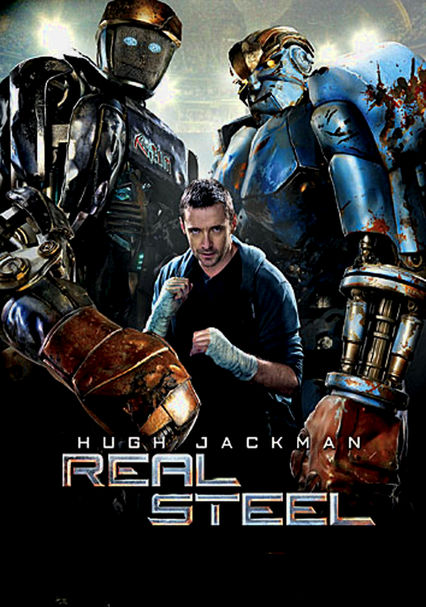 2011 PG-13 2h 7m Blu-ray / DVD
In a future world where flesh-and-blood boxers have been replaced by towering mechanized fighters, pugilist-turned-promoter Charlie Kenton reconnects with his estranged son, Max, to convert a discarded machine into a World Robot Boxing contender.

Parents need to know that this futuristic action drama with a heart is equal parts Rocky and RoboCop. There are tons of brutal (if gripping) scenes of robot combat, some of which gets pretty intense. And it's not just the robots who get into brawls; a beating leaves a key character bloodied. One of the main characters (played by Hugh Jackman) is pretty abhorrent when the movie begins; he's introduced as an irresponsible mess who can't be bothered to care for his own son. He drinks and swears in front of the boy (words include "s--t" and "damn") and even goes so far as to "sell" him (or at least his parental rights) -- though he does change over the course of the movie, which ultimately has a message about redemption and forgiveness.

One kiss and a few scantily clad women at a boxing match.

Tons of scenes, some fairly intense, show robots beating other robots up. While the robots are the primary pugilists here, the machines' bouts take place in front of audiences drunk with bloodlust, and there's one nasty human beatdown that happens in front of a child and leaves a main character bloodied and immobilized.

The movie has a lot to say about redemption and forgiveness between a father and his son. It also makes you think about how we cast aside older models (computers, cell phones, people) for flashier, newer varieties, often forgetting that there's value in what came before. It also suggests that people should be confident in their gifts and use them judiciously.

An adult swigs beer in front of children; at one point, he's drinking soon after waking up.