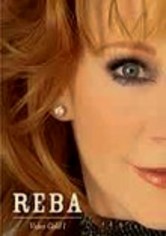 2006 NR 1h 0m DVD
Eighteen of Grammy-winning country superstar Reba McEntire's most popular songs make up this music video collection. The redheaded dynamo has enjoyed enormous commercial and critical success since bursting on the scene in the early 1980s. Songs include "Whoever's in New England," "The Last One to Know," "Sunday Kind of Love," "Cathy's Clown," "Rumor Has It" and many more. Brooks & Dunn and Linda Davis make special guest appearances.