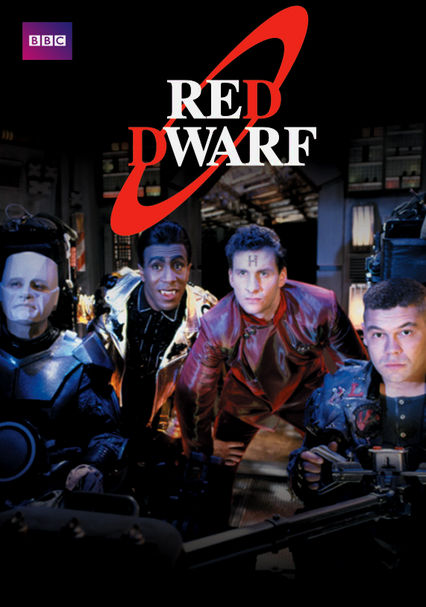 1988 NR 9 seasons
Dave Lister wakes from suspended animation to discover everyone around him is dead -- and he's three million years into deep space. He's soon joined by Rimmer, a hologram of his dead bunkmate, a life-form evolved from his pet cat and a mechanoid.

A lowly technician on the mining ship Red Dwarf, Dave Lister wakes up one day to find that a radiation leak has killed the rest of the crew and he's now the last human left in the universe.

Series 2 unfolds as the mining vessel's crew, summoned by a distress signal, heads to the site of a downed spacecraft and takes on a new passenger: a service android named Kryten, who can't seem to relax.

Rimmer and Lister find themselves marooned on an ice planet and later decide to swap bodies. Kryten comes on board as a regular member of the crew, which encounters a shape-shifting mutant that feeds on negative emotions.

Rimmer is taken prisoner inside his own mind, Kryten is found wanting by the fearsome Inquisitor, and Lister uses the luck virus to escape quarantine. Cat, meanwhile, struts about the deck in a dazzling array of suits and sunglasses.

Red Dwarf has been stolen and our intrepid heroes are hot on its trail. Starbug, unable to match its speed, has to take a shortcut to overtake it. Elsewhere, Rimmer creates a world populated by his clones and Lister gets married.

Series 7 sees a change in crew as Rimmer flies off to fill the spaceboots of his galaxy-saving alter ego, Ace Rimmer, and Kochanski joins the ship, much to Kryten's consternation. Later, the crew finally learns who stole their ship.

Red Dwarf itself was absent for most of the last series as the crew had mislaid it, but the mining spaceship now makes a welcome return, having been completely refitted and restored by Kryten's rogue nanobots.

The Red Dwarf crew travels through a portal that transports them to Earth in 2009. After realizing they're nothing but fictional TV characters, the gang frantically searches for the writer who created them.

Ping-ponging their way through the fabric of space and time, the Red Dwarf crew deals with a new set of relativistic riddles and anomalies. Among their challenges is an arduous trek from Britain to India in A.D. 23 in order to fetch some lemons.