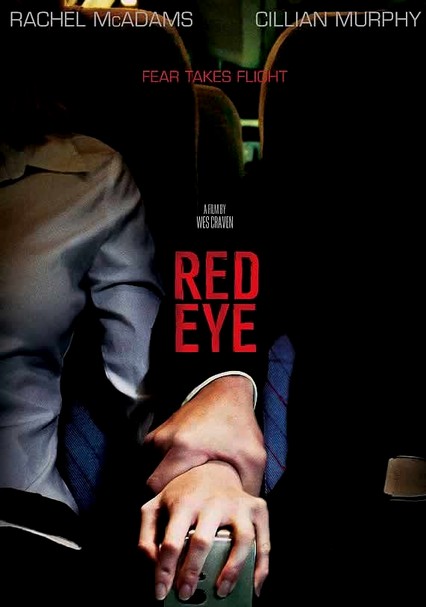 2005 PG-13 1h 26m DVD
On a red-eye flight bound for Miami, Lisa learns that a fellow passenger has plans to murder the deputy secretary of Homeland Security -- and that he wants to use her as part of the plot.

Parents need to know that the film focuses on a scary man threatening a young woman, who fights back with ingenuity and some violence. Directed by Wes Craven (Nightmare on Elm Street, Scream), it adopts a basic slasher movie structure, with jump scenes, clever framing, and ominous lighting, music, and camera angles: all this can be scary for younger viewers. Characters use harsh language, drink and smoke briefly, and commit various sorts of mayhem (hitting, stabbing with a pen, shooting, slamming with household items, crashing cars, shooting a shoulder-mounted missile).

Mild flirtation. An airport bathroom tryst is hinted at.

Some cursing, mostly by the frustrated villain.

Airport shows some shops, Dr. Phil gets a plug.