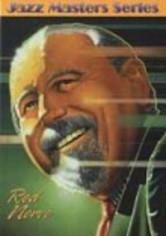 1982 NR 1h 0m DVD
Red Norvo (so named because of his red hair) single-handedly transformed the xylophone from a vaudeville novelty to a virtuoso jazz instrument and was a perennial sideman to Frank Sinatra for nearly two decades. A true jazz master, Red's joined in this concert by jazz guitarist Tal Farlow, a close friend and gigging companion of many years. (Farlow and Charles Mingus were part of the legendary Norvo West Coast trio in the early 1950s.)