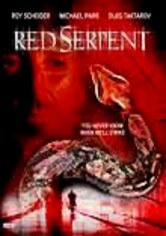 2002 R 1h 30m DVD
Roy Scheider, Michael Paré and Oleg Taktarov star in this thriller that centers on American pharmaceutical representative Steve Nichols, who heads to Moscow on a routine business trip. But ruthless Russian thugs seize the opportunity and kidnap Steve's daughter in an attempt to force him to take part in a drug smuggling scheme. It's up to Steve and a has-been KGB agent to rescue the girl before it's too late.