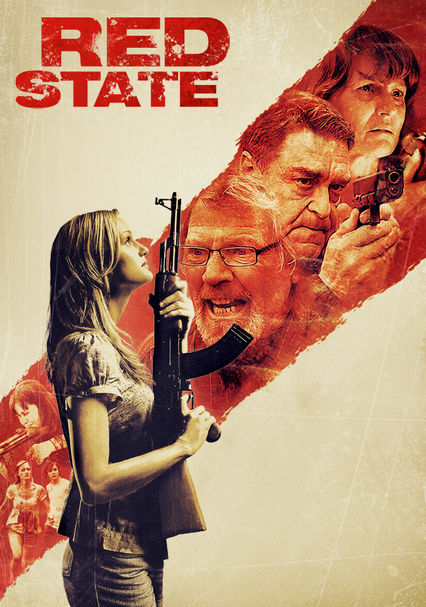 2011 R 1h 37m Blu-ray / DVD
Director Kevin Smith puts a unique spin on the horror genre in this tale of hormonal urges gone awry. Three high school boys answer an online ad from a woman seeking wild sex and soon find themselves in the hands of some dangerous religious zealots.

Parents need to know that this extremely violent thriller is full of potentially controversial/offensive social commentary about extreme right-wing religious radicals, gay bashing, the effect of the Patriot Act, and Internet porn. Though the movie's dark mood isn't typical for writer/director Kevin Smith (who usually makes edgy comedies), the content is everything you'd expect from the man behind Clerks, Dogma, and Chasing Amy: extremely strong, constant language and sexual innuendo. This time Smith ups the ante by adding brutal violence, including torture, imprisonment, murder, blood, gore, and many, many dead bodies. There's also teen drinking and a scene of an adult drinking to drunkenness.

Little nudity, but very strong sexual situations: Three teen boys look at a sex "hook-up" site -- which is shown quickly and briefly on a smartphone -- and respond to an ad. They meet up with a middle-aged woman who has agreed to have a "foursome" with them (though the actual act doesn't happen). There's the suggestion of a man giving another man oral sex. Lots of strong sexual language and a crude drawing of female genitalia.

Zealots capture, imprison, torture, and murder people whom they think are gay. Viewers see screaming victims, blood, and dead bodies. There are broken bones and exploding heads. The movie's climax is a brutal shootout in which several people are viciously shot and killed, many point blank. Children inside a church are shown to be in danger. A general attitude of hate and anger permeates the movie.

The movie asks viewers to consider extreme hatred and intolerance performed in the name of righteousness -- as well as intolerance practiced by so-called "good guys." The movie offers no solutions or suggestions for these problems, but it does assume empathy and understanding on the part of its audience.

Coca-Cola is mentioned twice, but both times in a highly unappetizing way. (It's unlikely that Coke paid for or approved of anything here.)

Teens drink something alcoholic -- unseen, in a paper bag -- while driving. Later they drink beer. A local sheriff pours and drinks several whiskeys, getting drunk in the process.