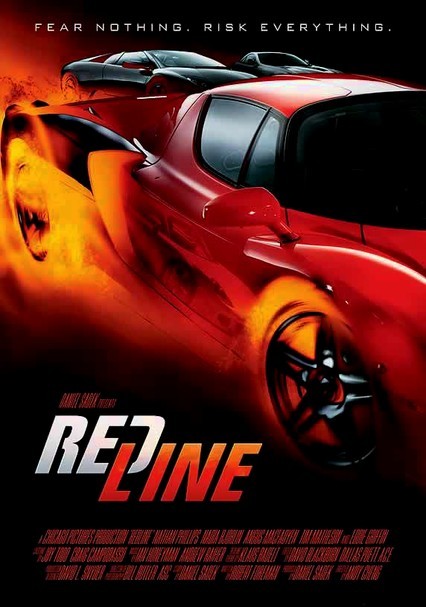 2007 PG-13 1h 33m DVD
Fast cars and beautiful women are the order of the day in this auto racing thriller about an aspiring rock star and car fanatic who finds herself caught up in illegal drag races organized by a bunch of bored billionaires. Featuring its producer's exotic car collection (which includes a Phantom Rolls Royce and a rare Enzo Ferrari, which star Eddie Griffin accidentally crashed on set), Redline co-stars Nadia Bjorlin, Angus Macfadyen and Tim Matheson.

Parents need to know that although the cool cars and sexy women may appeal to teens (particularly boys), this is a violent film -- explosions, gunfights, fistfights, etc. -- that glamorizes illegal street and track racing. While the action scenes are exciting to a certain extent, there's not much acknowledgement of the injuries that the racers so obviously incur. Their cars blow up, and the other drivers cackle. There's some racy content, and plenty of swearing and drinking. Theoretically, the movie is about one woman's willingness to do whatever it takes to achieve her dream -- to be a rock star -- but this major plot point is used simply as a device; there's little exploration.

Plenty of innuendo; busty, scantily clad women, and men ogling and pawing women. One sample line: "You don't mind when my mouth is all over your stuff." Also, a post-coital scene.

Lots, including gunfights, explosions, fistfights, melees, and car accidents that end up in a blaze of misplaced glory.

No extreme expletives, though "s--t" and "ass" do creep into the dialogue.

Plenty of gambling (with real and counterfeit money). Women are there to garnish the automotive buffet. Natasha is wagered, like chattel, between two rivals. Drivers are gleeful when their competitors have accidents.

It's practically a car commercial. Ferraris, Lamborghinis, and SLRs -- oh my!

Alcohol abounds, almost as though cars and alcohol go together (take that, MADD!), which they obviously don't. Characters swig from bottles and do shots.