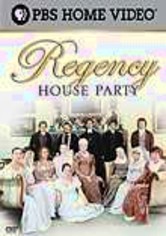 2004 NR 2 discs
Talk about trippy time travel! This series, which first aired on British television, takes 10 present-day single men and women back to the early 19th century. They learn what it was like to live in the "age of romance," when touring Europe was a rite of passage for affluent families, duels settled quarrels, courtship was conducted with the utmost flair and discretion, and some of literature's greatest works were written.