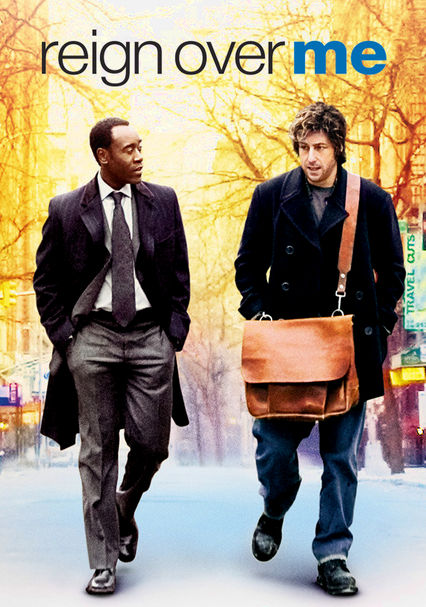 Parents need to know that this isn't an Adam Sandler comedy. Rather, it's a drama about a man's ongoing response to losing his family on 9/11. For much of the film, Sandler's character is ragged-looking, distraught, aggressive, and foul-mouthed -- though he can also be charming in a childish way. His visits to a therapist are mostly sad, as is his eventual lengthy description of his loss. There's lots of swearing and derogatory slang, as well as discussion of suicide (one nearly successful attempt is shown), insanity, institutionalization, and oral sex. Some yelling, pushing, and hitting takes place during a fight, and minor drinking in bar leads to an argument.

Woman offers her dentist oral sex in his office, then stalks him, returning to see him and threatening him with a harassment lawsuit (discussion of this problem includes body part names and slangy words and phrases like "penis," "she wants to do down on me," "she wants to blow you"); when Charlie visits a therapist, he talks about her "tits."

References to 9/11 (none visual) make Charlie and other characters upset; a character's father dies, causing grief; video game shooting, exploding, crashing; Charlie pushes and hits Alan; Charlie pulls a gun on a cabbie, hoping that nearby cops will shoot him ("suicide by cop") -- instead, they tackle him.

Frequent uses of "f--k" and "s--t", plus "ass," "asshole," "damn," "sucks," "bitch," "p---y," "chrissake," and "hell." A lengthy barrage of insults includes repeated uses of "faggot." Other phrases include "suck my ass, retard!" and "he's a giant dork!" A movie-within-the-movie screening of Blazing Saddles includes a bleeped-out series of jokes using the "N" word (the audience laughs at the jokes).

Various traumas produce various effects: a widower behaves "badly," using inappropriate language and aggression with his friend; his in-laws try to have him committed; a woman becomes obsessed with sex; and a suffocated husband becomes angry. All reconcile, neatly, by film's end.

Starbucks, Shadow of the Colossus video game, Colonel Sanders (stand up display in an apartment), Captain America, many mentions of bands (Pretenders, The Who, Bruce Springsteen) and a Mel Brooks marathon.